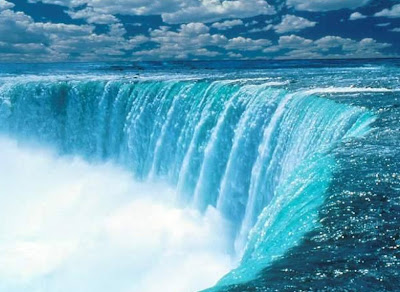 In a letter to his friend the novelist Miss [Rhoda] Broughton dated August 10, 1914, only six days after Britain declared war on Germany, Henry James wrote:


Black and hideous to me is the tragedy that gathers, and I’m sick beyond cure to have lived to see it. You and I, the ornaments of our generation, should have been spared this wreck of our belief that through the long years we had seen civilization grow and the worst become impossible. The tide that bore us along was then all the while moving to this as its grand Niagara…It seems to me to undo everything, everything that was ours, in the most horrible retroactive way…(Percy Lubbock, ed., The Letters of Henry James, New York: Charles Scribner’s Sons, 1920, vol. 2, p. 389.)

The passage is interesting for several reasons. First, it seems to shed considerable light upon the superstructure of a distinctively Edwardian sense of time, which was rather different from older Victorian certainties, and cut short by the Great War. Second, tempting though it is to read James’s analogy of a tide heading towards this “grand Niagara” as a nod to the land of his birth, Larry Manley, who led me to this fascinating passage in the first place, suggests, and I think he is absolutely right, that James was also alluding here to Thomas Carlyle’s late essay “Shooting Niagara—And After?” (Macmillan’s Magazine [Edinburgh], vol. 16, April 1867, pp. 673 ff.). His subject was that year’s momentous Reform Act (30 & 31 Vict. c. 102), which doubled the franchise, but Carlyle also referred explicitly to the growing power of Germany:

It was [not long ago] a clear prophecy, for instance, that Germany would either become honorably Prussian or go to gradual annihilation: but who of us expected that we ourselves, instead of our children’s children, should live to behold it; that a magnanimous and fortunate Herr von Bismarck, whose dispraise was in all the newspapers, would, to his own amazement, find the thing now double; and would do it, do the essential of it, in a few of the current weeks? That England would have to take the Niagara leap of completed Democracy one day, was also a plain prophecy, though uncertain as to time.

Not any more was Carlyle’s point: that time is now! And his skepticism and unease in respect of the “Niagara leap of completed Democracy” in Britain might well have struck Henry James forty-seven years later as a neat, even prescient figure for the approaching cataclysm of World War. Not everyone yet approved of democracy, even in 1918. In other words, the Edwardian moment was a retrospective creation—James would have said “retroactive”—that grew out of the trauma of the Great War. Yet shot through the fabric of the Edwardian decade there were stout weft strands of the awareness of its own inherent fragility, and perhaps even a premonition of brevity. Henry James definitely knew a Niagara when he saw one, and, besides, no reader in the decades leading up to 1914 could have failed to notice the sheer number of English spy novels that dealt specifically with wicked German invasion plots, at least 400 of them, including numerous bestsellers beginning with The Battle of Dorking (1871) by George Tomkyns Chesney.
Posted by Angus Trumble at 11:06 AM