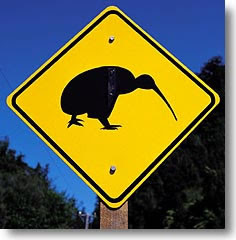 Some time ago in these columns I remarked that Thomas Cornelius Trumble, the brother of our pioneering Irish great-great-grandfather William Trumble, sometime superintendent of the Kew Lunatic Asylum, “decided to continue on to New Zealand, and was never heard of again.” This is only partly true. Thanks to the diligence of Simon Trumble, our second cousin once removed, my attention has now been directed to the following obituary which appeared in the Southland Times on May 27, 1889, p. 2: “One by one the old identities who did service in the early colonization of Otago are passing away. Few figures were better known to old settlers than that of Mr. Thos. Trumble, who has for many years made Invercargill his chief residence. The deceased arrived in Dunedin on the second trip of the ship Mariner in August, 1850, and as an original settler under the New Zealand Company was allotted town and suburban sections. He settled on the latter, situated at Kuri Bush, near Dunedin, until March, 1856, when he took up the Otaraia run between Clinton and Mataura, at that time the advanced outpost of the settlement. In time he made a considerable portion of the property freehold with which he never parted. In 1866 he removed permanently to Invercargill for the sake of the educational advantage it offered for his family. The date of his settlement on his Otaria property was well fixed in his memory from the fact that in March of the same year what was then considered an alarming earthquake was felt in Dunedin, which destroyed a few weak chimneys, but from all accounts was not anything like as severe as some that have since been experienced. The deceased leaves a widow and a grown up family of two sons and seven daughters. Two boys pre-deceased him, one [William Henry, the youngest son] having been drowned in the Oreti many years ago [on March 30, 1873] near his Winton estate. Mr. Trumble was what is termed a strong politician, and was a firm supporter of the late Mr. James Macandrew. He took some part in the management of some local matters, having been for a time a member of the Invercargill District Road Board. He was an enthusiastic Mason, and a score of years ago held the office of treasurer of the Southern Cross Lodge. He died on Saturday evening, having nearly attained the age of 79 years.”

Posted by Angus Trumble at 7:18 AM