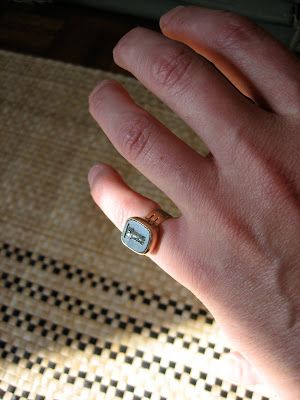 The Finger: A Handbook is out, and there is a steady flow of reviews in print and on-line. It’s an odd business. On the one hand you can’t get too distracted by all that, and criticisms: Well, if you can’t take the heat get out of the kitchen. Sometimes I daydream about starting from scratch and writing it again—to mop up the leftovers. That’s the beauty of creating a series of novels, I suspect. You can always find a spot in the next one for something juicy but hard to accommodate, or in the one after that. Non-fiction is rather less flexible. Still, I think it’s a better book than A Brief History of the Smile, and Farrar, Straus and Giroux are a joy to work with. No editorial and production standards are higher than those of a great American publishing house. They even paid me the extraordinary compliment of using my own working title—almost unheard of. Titles and cover designs are the jealously-guarded prerogatives of the publisher, and rightly so: They know what they are doing.

By a strange coincidence over the weekend I cut the index finger of my left hand whilst demolishing a large cheese. I found myself wondering if this would be a promotional liability: issues of manual dexterity and all that, but at length I applied a band aid and moved on. I’ve also been paying a little more attention than usual to the state of my fingernails, which is on the whole good—but could be better.

Last week I went to be fingerprinted and photographed for my Green Card at the weird Homeland Security depot in East Hartford, Conn., under the stern but benevolent gaze of Secretary Napoletano, or rather her framed photograph. The nice man who operated the fingerprinting machine casually remarked that I seem to do a lot of typing. “How on earth can you tell?” I asked. “I can see it in your prints,” he answered. A blinding glimpse of the obvious, I suppose, but still I was mightily impressed. I didn’t like to ask what exactly about my fingerprints revealed this to him, or indeed what else about me he could divine from the impressions left by my fingers’ ends, but I did wonder.

Since our mother died last November I have been wearing this gold signet ring on the little finger of my left hand. We found it in her reticule, and it is mounted with an attractive, square-ish slightly mottled dark green bloodstone exquisitely carved with a rusticated intaglio tower, the heraldic device of her mother’s ancient Pearson clan. Motto: “RATHER DIE THAN DISLOYAL.” Extravagant, that. Anyhow, I think my great grandfather wore it, possibly even his father, our ferocious pioneering ancestor, the laird of Kilmany Park. Regardless, the ring fits perfectly, and just now it is a valuable reminder to me of two of the most ancient and interlocking purposes of rings in general—engines of memory, tokens of love.

Posted by Angus Trumble at 8:18 AM