For several years Aunt Anne settled in Britain and traveled widely, at first throughout England, Wales, the Isle of Man, Scotland and Ireland, and, in between, extracting every ounce of enjoyment she could from post-war London. 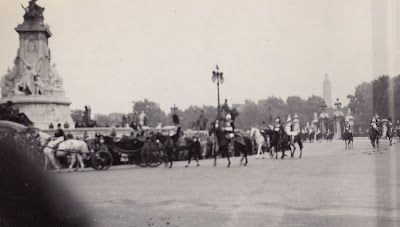 Here she is, for example, witnessing the departure from Buckingham Palace of the King’s procession en route for Horse Guards Parade and the annual ceremony of the Trooping of the Colour, which took place on June 9, 1949. “King in carriage,” she noted on the back, “Liz [Princess Elizabeth] on far side and [the Duke of] Gloucester this side. Unfortunately out of focus, but there you are. Can’t have everything.” 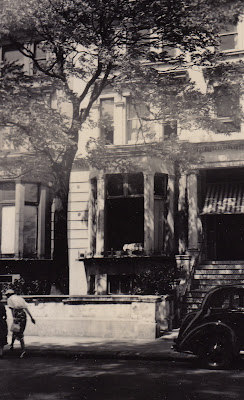 At first Anne shared with friends a flat in this pretty old house (above), which was at 28 Belsize Park in Camden, NW3. 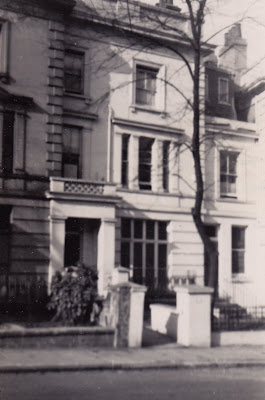 From there she moved to 67 Lansdowne Road, NW11 (above): “1st floor, our flat; window above porch = kitchen; 3-in-1 window = living room; next one along = bathroom.” From these convenient flats she went with friends to see ski-jumping on Hampstead Heath, or Marquis III jumping the double bank at White City. 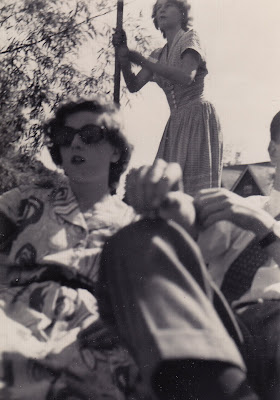 Anne’s country excursions began tentatively, and were mostly to relatively convenient destinations such as Dover, Oxford and Cambridge, for punting with friends on the Cam (above); to the New Forest and Beaulieu; to Devon (Dartmoor), and Cornwall; to Yarmouth in Norfolk; to Shrewsbury and Chester, 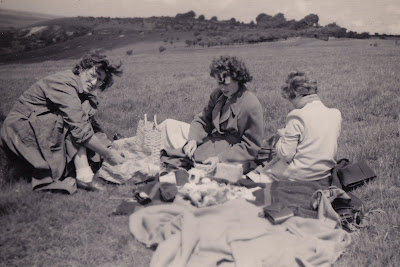 as well a blustery outing to Whipsnade Zoo, where she was not at all impressed by the lions, hippos, and giraffes, who seemed especially miserable earning their keep in the heart of Bedfordshire. 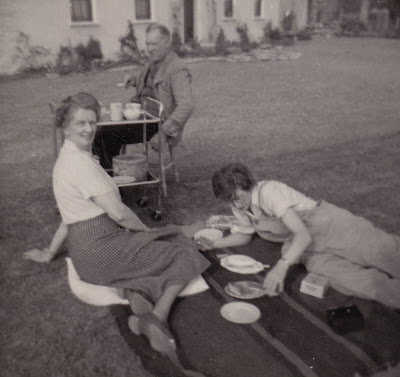 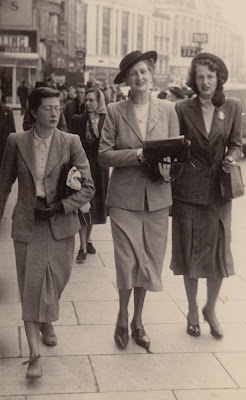 venturing into Cork with Mrs. Mayow, for shopping and lunch; 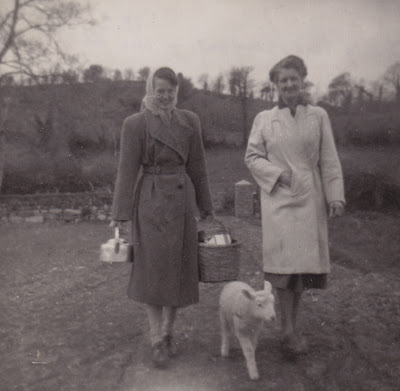 setting off for an al fresco Irish picnic, accompanied by Mrs. Mayow’s pet lamb, which was called “Tiny Wee”; 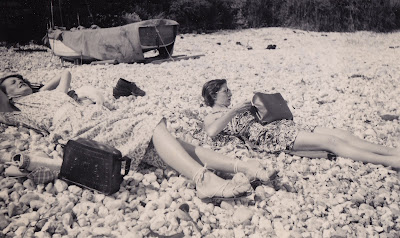 and afterwards doing their best to pretend that stony Irish beaches were for young Australian women a viable alternative to the deserted sandy ones they left behind. From this convenient home base near Cork, Anne and Nipper went to Kenmare House, Tom Heely’s Pass, Glengariff, Killarney, Blarney Castle, and further afield to the Vale of Avoca, Co. Wicklow. Another journey north took the friends to Scotland and the western isles: specifically Mull and Iona; then to Ben Lomond, and farther north to contemplate the atrocities of Glen Coe. They also made a visit to Wales, specifically to Llangollen, Corwen, and Bettwys y Coed, but eventually their plans became more ambitious. They visited Denmark, and evidently planned a long journey south.
Posted by Angus Trumble at 9:09 AM