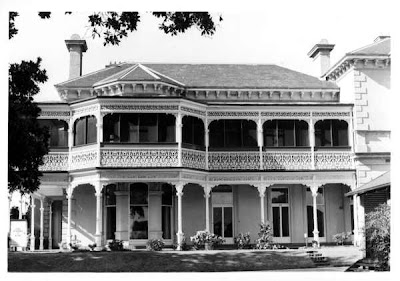 I have just now had a childhood recollection of almost stupefying vividness. What do these mean, and where do they reside for so long in some backwater of the brain before they jump out and scare us silly? One afternoon more than thirty-five years ago I took the tram home from Grimwade House as usual, but became so absorbed in reading a book that I failed to notice that instead of turning left from Balaclava Road into Hawthorn Road, my tram continued straight ahead into the completely unknown territory of deepest Caulfield, where I had never before ventured. I had evidently taken the number 3 tram without realizing it, instead of the number 69 (as it was then known). It would be useful to know what book induced in me such complete absorption, possibly Finn Family Moomintroll or Comet in Moominland by Tove Jansson? (I recall having a soft spot for the Hemulen.) I cannot remember what I did, other than to scramble off at the next tram stop, which was a considerable, panic-inducing distance farther ahead, and to run with my schoolbag slung over my little shoulder all the way back to the junction of Hawthorn and Balaclava Roads to wait patiently for the next 69. However, what I do remember with a shudder and much clamminess in the palms of my hands is the fright, the awful terror of looking up and out at a Melbourne streetscape that was completely alien to me—and the feeling, not entirely momentary either, of being horribly lost and alone. The afternoon was hot, dry, and dusty. There were no pedestrians, few cars on the road, and a couple of drunks lounging at the Balaclava junction. In a way, it now seems extraordinary that our parents entrusted us to the care of Melbourne public transportation when we were barely nine or ten, but nothing too dreadful ever seems to have happened to me whilst traveling on it other than this.
Posted by Angus Trumble at 4:10 PM