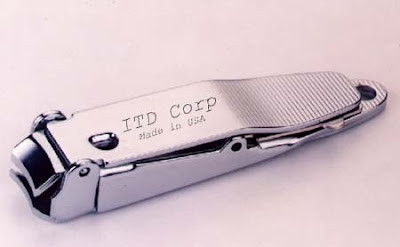 Air travel has been intolerable for years, but this morning for me the process sank to new depths. Since 9/11 I have navigated security and boarded innumerable aircraft all over the world, but never before have I had my tube of toothpaste confiscated. Clearly I had no choice but to submit to this impertinence today in Montréal, Québec, but the grounds upon which my toothpaste tube was impounded were not that it might conceivably contain plastic explosives—or any other contraband—but simply that it exceeded the allowable volume (expressed, somewhat pointedly, in milliliters, and in appalling French). The fact that my toothpaste tube was quite obviously three-quarters empty… ça ne marchait pas. A little later, queuing forlornly towards U.S. customs and immigration, a tall, middle-aged man—Canadian passport, je regrette—passed the time by clipping his fingernails. Each painstaking snip rang through the hangar-like space with eye-watering reverberation, made worse by the thought of that horrid trail of new-mooned leavings under foot. I have rarely seen anyone exhibit such complete disregard for the boundary that used to separate behavior that is suitable for public places from behavior that is not. How do people learn to forget that distinction? Reflecting presently upon this strange incident somewhere over New Hampshire or Vermont, I wondered how many other travelers were as revolted as I was, offended, or merely incommoded by this performance. It is not unusual to see the occasional, leathery old slapper filing her nails on the train or at the departure gate, so I suppose someone might therefore make a sort of case for tolerating the more radical process of clipping them also. The difference is, of course, that filing mostly produces less noise, and only a little dust.

Posted by Angus Trumble at 4:44 PM