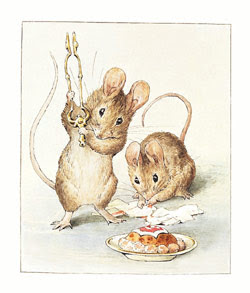 This morning the helpful man at Montesi VW in North Haven, Conn., administered a little first aid to my car, and, while craning under the hood, pointed to a small aggregation of husk-like manavalums scattered around the rim of a small circular depression right on top of the motor. “Mice,” he said. My eyebrows shot up, because I was not quite sure what he was suggesting—could my snappy vehicle be infested with rodents, indeed plagued by disease-carrying vermin? “Do you keep it in the garage?” he asked. “Sometimes,” I said, “when it’s snowing, or when I’m out of town.” “The mice like to climb up through the engine and hang out there, ’cos it’s warm,” he explained.

I was not aware until now that there must be mice in my basement, which is where the garage is. I have never seen or heard a mouse. I have not seen any droppings either. Yet there it was, and there it still is: incontrovertible evidence of mice, viz. droppings right under the hood of my late-model 2011 Volkswagen Eos. Part of me is disgusted by this, and not merely because it might now be prudent to bring in the pest controller. Yet I suppose another part of me is rather intrigued. Upon reflection, as I drove back to the office, these mice are generating a kind of Beatrix Potter-ish vibration. They must be rather bold mice, and comparatively intelligent. Presumably they know better than to clamber up through the innards of my car too soon after I switch the engine off, lest they be fried. And presumably they scram when I get in and start her up, though, again, I have never been aware of any small creature or creatures scuttling away from the front half of my car. I suppose I do not begrudge the mice this form of free hospitality, but the least they could do is to refrain from shitting all over my engine. I felt strangely embarrassed, even shamefaced, when the nice man from Montesi VW pointed this out, although I suppose by now enough other people have had the same problem for it to be quite familiar to him.
Posted by Angus Trumble at 11:17 AM