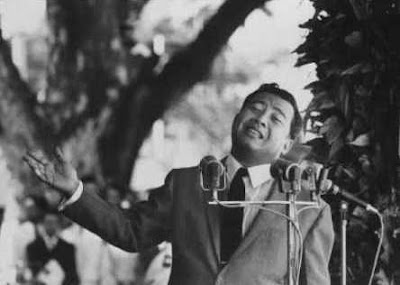 The news that Prince Norodom Sihanouk died in Beijing last Monday came as a surprise to me, for I had no idea the wily old fox was still alive. He was just a few days short of his ninetieth birthday. I can think of few public figures who have survived more alarming political vicissitudes through the past seven decades, or ever formed more dubious, even baffling alliances, often in the name of “non-alignment”—beginning with his very first.

In April 1941, aged eighteen, Prince Sihanouk was plucked from the Lycée Chasseloup Laubat in Saigon, and selected to succeed his maternal grandfather, King Monivong of Cambodia. This decision was taken in Hanoi by the governor-general of French Indochina, Admiral Jean Decoux, with the express approval of the Vichy government of Marshal Pétain. Their thinking appears to have been either that because he was a descendant of both the Sisowath and the Norodom branches of the hopelessly divided Cambodian royal family Sihanouk would bring about a general reconciliation, or, more probably, that he would be a pliant servant of the French colonial administration. Communications between Hanoi and Paris at that time are obscure on this point, presumably because cables and other messages were routinely intercepted by the allies. In due course neither French ambition was realized, but for the time being Norodom Sihanouk reigned as king in Phnom Penh, and was therefore possibly the single most durable creation of Vichy, even I daresay the only one that lasted as long as until last Monday.

In 1945, after the liberation of France but before the end of the war in the Pacific, King Sihanouk’s government played the enormously dangerous game of throwing in their lot with the Japanese as a lever against the French colonial administration of Indochina, and of separation from Vietnam. As a consequence, Sihanouk’s prime minister Son Ngoc Thanh was arrested and tried in postwar France for collaboration with the Japanese. The king not only survived this, but became the first crowned head to pay a state visit to France after the end of the war (in 1946)—the sort of breathtaking volte-face for which he became noted in subsequent decades.

In the later 1940s and early 1950s, King Sihanouk maneuvered his way, first, into a form of semi-autonomy from France, and eventually full independence for Cambodia at the end of 1953, the result of a world tour in which he gave shrill press conferences that sufficiently embarrassed the French. In 1955 Sihanouk abdicated the throne in favor of his father (who had never previously occupied it) and “entered politics,” where he remained in charge—variously as prime minister, sovereign prince, chief of state, president, and later chief of state for life—until 1970 when Prime Minister Lon Nol carried out a rightist, American-backed coup d’état, at which point Sihanouk fled to the People’s Republic of China.

Through those middle years in power, Sihanouk strove to maintain the neutrality of Cambodia. He was not alone in pursuing the goal of “non-alignment,” but this led him into increasingly chaotic dalliances with socialist and communist forces at home and abroad. Among the international thugs with whom he was from time to time cheerfully photographed were the creepy Ceaucescus of Rumania, and Mao. To be fair, Sihanouk’s aim was somehow not to get squashed by an impossible vise formed by, on the one hand, Cambodia’s traditional enemy the old Empire of Vietnam, and, on the other, the superpowers who concerned themselves with her fate—the United States and the Soviet Union. He also held neighboring Thailand at arm’s length, but equally from time to time removed himself to Bangkok by way of erratic and usually short-lived political protest over some unwelcome political development in Phnom Penh. Most importantly, Sihanouk provided unofficial hospitality (perhaps under duress) to Viet Cong forces operating across the border into South Vietnam, which duly brought upon Cambodia President Nixon’s extensive secret bombing campaign and the American invasion of 1970. During much of the period when China was effectively closed to the outside world, Sihanouk enjoyed friendly relations with Chou En Lai, and, eventually, with Kim Il-Sung of North Korea. It certainly helped that China and Cambodia shared ancient enmities with Vietnam. During one of his regular therapeutic visits to the South of France, Prince Sihanouk was dismayed when someone mistook him for Bao Dai, the last Emperor of Vietnam.

It now seems incredible that Prince Sihanouk felt able to lend his prestige as the nominal head of state of Cambodia to Pol Pot’s murderous Khmer Rouge regime. This filled the political vacuum at the end of the Vietnam War through the dark years between 1975 and 1978, though it is also true that soon after the beginning of that period Sihanouk was placed under house arrest and several of his many children were murdered. Indeed Sihanouk’s alliance with the Khmer Rouge only makes sense if you bear in mind his overriding and increasing desperation to preserve Cambodian independence, come what may. When the Vietnamese invaded Cambodia in 1978, Sihanouk fled back to China, and, in the early 1980s, actually resumed his unsavory political alliance with the remnants of the Khmer Rouge, among other fragmented political forces in exile. He was eventually allowed to return to Phnom Penh in 1991, this time with United States support, after an agreement was brokered by France between the Vietnamese-backed government of Prime Minister Hun Sen and Sihanouk’s government in exile. He was restored to the throne two years later. Due to mounting tensions with Hun Sen, and between Hun Sen and Sihanouk’s second son Prince Norodom Ranariddh, in 2004 King Sihanouk abdicated again, this time in favor of one of his younger sons, the present King Norodom Sihamoni. Sihanouk then resumed his self-imposed exile in China.

There is no way of knowing, but I suspect that Prince Norodom Sihanouk generated more head-scratching diplomatic cables, despatches, and confidential ministerial briefing notes between the increasingly perplexed representatives of foreign governments than anyone else in the terrible twentieth century, apart from De Gaulle, Nasser, or Mao, but unlike them he occupied some sort of international political stage for no fewer than 71 years, arguably longer, since the question of his accession to the throne of Cambodia preoccupied the French colonial authorities for some years prior to 1941.

Among his various wives and concubines were not one but two of his own comparatively youthful aunts. Like the present King of Thailand, Prince Sihanouk enjoyed playing jazz. He also liked to sing songs of his own composition, and, for a while in the 1960s, indulged a passion for semi-professional film-making. You couldn’t really make it up.
Posted by Angus Trumble at 1:07 PM