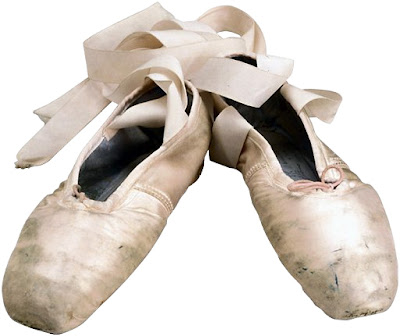 Alas there was obviously no convenient berth in my new book, The Finger: A Handbook, for an exhaustive or even cursory account of the bizarre custom of drinking champagne from a lady’s white satin slipper, but lately I have made some progress in that department. On Saturday, March 17, 1855, readers of the Supplement to the Courant (Vol. 20, No. 6) in Hartford, Conn., found the following report lurking at the bottom right hand corner of page 47:

A BOMBE BOUCHE.—A Mr. Tumerelli [actually Édouard Petrovich Turnerelli], a gentleman who is said to have traveled in Russia, has been lecturing in London on the “social and moral characteristics of the Russian people.” He related the following anecdote: “When Madame [Marie] Taglioni [the great ballerina] quitted St. Petersburgh, she left a pair of slippers at the hotel. The landlord soon made his good fortune known, and 50, 100, and even 200 roubles (£20) were freely offered for the forgotten slippers. The landlord, however, finding the public enthusiasm increase as his raised his demands, peremptorily refused to part with the slippers under 1,000 roubles (£100). This sum being rather more than any individual appeared willing to give, thirty-five persons clubbed together and purchased the slippers. They then wanted to know what to do with them. After many suggestions, none of which gave general satisfaction, it was proposed by one of the speculators, more enthusiastic and original than his fellows, that they should eat them! The landlord of the hotel pronounced the idea to be excellent, and proposed to make a fricassée of them, which was accordingly done, and the thirty-six enthusiasts, with the lecturer as their guest, did actually eat Taglioni’s slippers, and washed them down in bumpers of champagne, in which they drank to the health of the charming danseuse.”

Posted by Angus Trumble at 7:52 AM